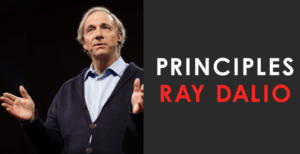 Ray Dalio talks about his life and the building of Bridgewater, the largest hedge fund (by assets) at $100+ billion. Many of his ideas mirror lean concepts. Here he talks about Continuous Improvement.

“One of our most memorable mistakes happened in the early 1990s, when Ross, who was in charge of trading at the time, forgot to put in a trade for a client and the money just sat there in cash. By the the time the mistake was discovered, the damage was several hundred thousand dollars.

It was a terrible and costly error, and I could’ve done something dramatic like fire Ross to set a tone that mistakes would not be tolerated. But since Mistakes happen all the time, that would have only encouraged other people to hide theirs, which would have led to even bigger and more costly errors.

Having a process that ensures problems are brought to the surface, and their root causes diagnosed, assures that continual improvements occur.

For that reason I insisted that an issue log be adopted throughout Bridgewater. My rule was simple: If something went badly, you had to put it in the log, characterize its severtity, and make clear who was responsible for it. If a mistake happened and you logged it, it was okay. If you didn’t log it, you would be in deep trouble. The error log (which we now call the issue log) was our first management tool.”