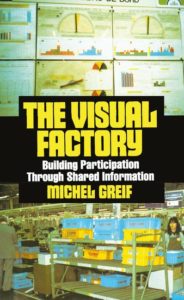 “The problem of recognition of production has seldom been approached properly . . . One error has been the orientation of indications of recognition towards results rather than towards processes that allow results to be obtained.

In another example, Imai tells how servers in the cafeteria at a Matsushita plant formed a quality circle to investigate tea consumption during midday meals. By applying precise statistical methods, carefully recording each table’s consumption, and subsequently distributing teapots judiciously, they reduced tea purchases by nearly one-third . . ..

The presidential medal – the most distinguished of the firm’s awards – recognized the originality of these efforts in an unusual context. The result of saving a few tea leaves is meaningful only as it reveals the servers’ improvement-oriented methodology.”